4 Common Sunroof Problems and Why They Happen

What was once considered a luxury feature, sunroofs now come standard in most vehicles today. Modern sunroofs consist of a glass panel mounted on an opening in the roof. These multi-layer panels are connected to slides powered by a motor that allows them to move back and forth at the flip of a switch.

While sunroofs are a great feature to have, they come with their own potential issues. And these problems can quickly become a nightmare – especially if your sunroof fails to close in the middle of a winter storm. Worse yet, a damaged sunroof can suddenly shatter while you’re driving, posing a risk to you and your passengers.

If your vehicle has a sunroof, it’s always a good idea to equip yourself with some knowledge about the most common sunroof problems and what causes them. This information can also help you identify issues right away and save you from costly sunroof glass replacement.

1. Sunroof leaks
If your sunroof leaks water during or after it rains, there could be a clog in the drain, or the rubber seals are worn. This issue is relatively simple and cheap to fix – just be sure to have it addressed right away, as leaking water into your car’s interior can cause other problems.

2. Shattered sunroof
Although sunroof glass is heavy-duty, it’s not entirely indestructible. A cracked or broken sunroof, even at the smallest sight, should be fixed immediately as it increases the chances of it completely shattering while driving.

Some of the most common causes of a cracked sunroof are heavy objects falling directly onto it or from a collision. If you’re parking your car in a garage, be sure there is no chance of overhead storage falling onto the top of your car and be wary of parking under a tree during a storm.

Although rare, a sunroof shattering while you’re driving is extremely dangerous. Be sure to periodically look for damage to your sunroof that can be repaired, as you want to avoid a complete sunroof glass replacement as much as possible.

3. Electrical issues
An issue that understandably causes panic among car owners is a sunroof that won’t close. Inoperable sunroofs are usually caused by a dead motor, a broken fuse, or a faulty switch. This could be due to general wear and tear as the vehicle ages, or it could also be as simple as dirt or debris getting stuck in the gears. The good news is electrical issues can be fixed by a trained auto repair technician.

4. Sunroof rattling while driving
A common and annoying issue is a rattling sunroof as you’re driving. An easy fix is to lubricate the sunroof’s moving parts with a small amount of lightweight, heat-resistant grease. If it continues to rattle after you’ve lubricated the parts, it could be that the glass is out of alignment, which will need to be serviced.

What causes a sunroof to get stuck?

The leading causes of a stuck sunroof can be as simple as debris in the tracks or a more complicated issue, such as a dead motor. Other causes include electrical problems, including a broken fuse or a faulty switch. If your sunroof is stuck, check to ensure that there is no debris in the tracks preventing the sunroof from closing. If it’s debris, you should still hear the motor functioning. However, if you press the switch and you don’t hear the motor activating, you’ll need to call 5 Star Auto Glass at 403-457-4446 for repair.

Why won’t my sunroof open?

The most common reason a sunroof won’t open is an electrical issue, whether a dead motor, a broken fuse, or a faulty switch. It could also simply be debris stuck in the gears. Once you’ve made sure that there is nothing in the tracks or getting in the way of the sunroof opening, call us, and we can diagnose the problem.

How long does a sunroof last?

Like most vehicle parts, sunroofs are designed to last the life of the vehicle. However, they sometimes require maintenance and repair, such as replacing damaged glass, repairing a broken motor or fuse, and repairing the tracks, to name a few.

No, sunroofs are designed to be heavy-duty. While sunroof glass can break on impact, a shattered sunroof is rare. Earlier versions of sunroofs on some models received complaints from car owners that the glass would explode or bend and warp with extreme temperature changes. Today’s sunroofs have greatly improved and are designed to be heavy-duty. However, keep in mind that regardless of how tough the glass is, no glass is entirely unbreakable.

Where to find sunroof replacement in Calgary

5 Star Auto Glass specializes in auto glass repair and replacement, including sunroofs, side windows, windshield replacement, car back glass, side mirror, and RV windshield as well as windshield repair. If you’re experiencing an issue with your sunroof, call us at 403-457-4446 or use our form to get an instant quote. 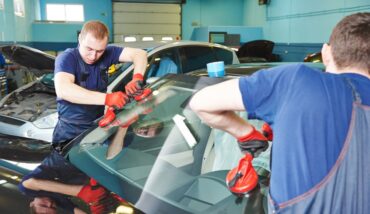 Windshield Replacement For An Older Vehicle: Is It Worth the Investment? 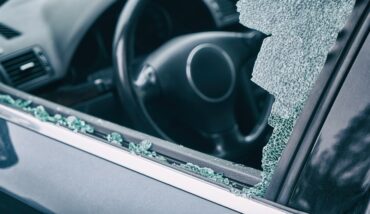 How To Repair A Broken Side Window

Walking out to your car in the morning to find it damaged is a frustrating experience in general. This frustration is only amplified by the realization that the damage includes… Read more
Steph Nissan Oct 05, 2022 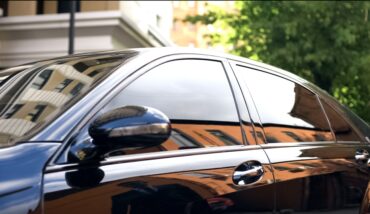 4 Tips to Protect Your Car’s Glass for All Seasons